When's that next generation coming? 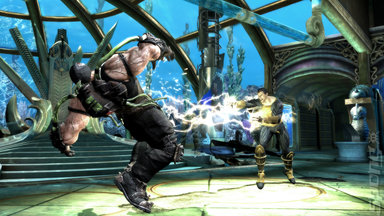 The US console market continues to contract as we all get closer towards the end of the seventh generation. Official NPD figures (between April 4th and May 7th) note an overall retail sales dip of 25 per cent compared to the same period in 2012.

The Xbox 360 came out on top in hardware charts once more, with sales of 130,000 units, while Netherrealm Studios' Injustice: Gods Among Us outsold the competition as the best-selling game for the period.

NPD is optimistic, however. "Despite overall declines, April title launches in 2013 fared better than games that launched in April 2012, up 118 percent in unit sales and 130 percent in dollar sales," said NPD analyst Liam Callahan. "This increase was driven by games like Injustice: Gods Among Us, Dead Island: Riptide, and Lego City Undercover: The Chase Begins."

Software chart for the month is below.