Wii U Misses Out on Frostbite 3 Engine

Suggests disturbing lack of faith by EA in Nintendo platform. 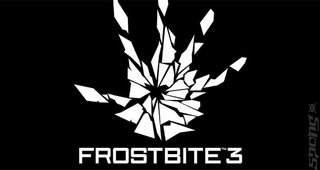 DICE has confirmed that its Frostbite 3 engine "has never been running on Wii U," suggesting that as many as fifteen Electronic Arts games could miss Nintendo's new console due to technology incapabilities.

The developer revealed that it tested its older Frostbite 2 engine on the platform and did not get satisfactory results, resulting in the decision that it would not move forward with Frostbite 3 development for the system.

"FB3 has never been running on WiiU," wrote DICE technical director Johan Andersson on Twitter. "We did some tests with not too promising results with FB2 & chose not to go down that path."

EA is currently focusing on unifying its projects by tying them all to the same engine. That engine, going forward, is Frostbite 3. The engine will assumedly run just fine on Sony and Microsoft's upcoming next-gen consoles, meaning Wii U will be left out in the cold.