Exec puts pressure on Microsoft to comment on Xbox. 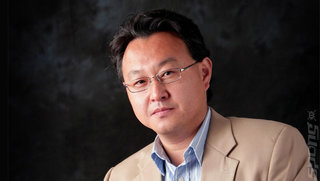 Sony is keen to stress that the PlayStation 4 doesn't require an "always-online" internet connection. But, while it only suggested as much back in February, today it has categorically ruled out any such feature for its next-generation console.

WorldWide Studios boss Shuhei Yoshida revealed in a new interview that the company didn't even consider requiring a constant network connection for the PS4, largely because it would restrict the system's sale in certain parts of the world.

It has been rumoured for months that Microsoft's next Xbox will include some form of restrictive always-online requirement - but so far nobody has gone on record to confirm or deny it. Microsoft will be holding an event on May 21, where it will formally unveil its new console - and hopefully we'll know for sure.

But, in the meantime, Sony has just put added pressure on Microsoft to make a statement on the matter. Will it be able to hold out until the 21st?

Via Gaming Everything
Companies: Microsoft Sony