Nintendo's Iwata Stands Up for Wii U Graphics 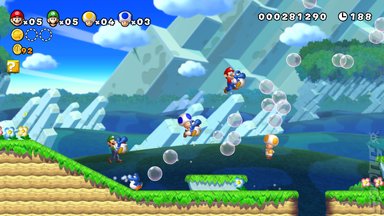 E3 2012
Nintendo president Satoru Iwata has called the notion that the Wii U lacks graphical power a "misconception", piping up in defence of the console to investors.

Speaking in a post-earnings presentation Iwata said, "It is a fact that some software development companies assume that Wii U is not powerful enough. On the contrary, some developers say in interviews that Wii U has a different architecture from other consoles and that, when utilized in the right way, it can perform well. At the moment, there is a great deal of contradictory information."

"Nintendo is required to make more efforts to dispel such a misconception," he said, going on to note that he wants third parties to have confidence in their decisions to develop for the Wii U.

"We understand that this cannot possibly be achieved overnight and it may sound unconvincing under the current slow sales of Wii U," he said. "We would like to work to revitalize the Wii U market and show you favorable results for third-party software from this summer."

The Wii U's position has been looking increasingly precarious lately. Just this morning ASDA took it upon itself to hack another fifty quid from the Wii U's price. Iwata has also admitted that Nintendo ran into production hiccups leading up to the Wii U launch, leading to delays in later titles such as Pikmin 3.