Week one, and the worst next-generation console sales yet seen. Unconfirmed reports of Sony and Nintendo laughing up sleeves. 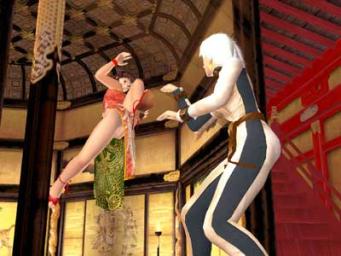 DOA3
All Images (3) »
It has emerged that Microsoft has managed to shift only 123,334 Xbox hardware units in its first week on sale in Japan. This compares to the 175,000 GameCube units sold by Nintendo and 680,000 PlayStation 2 units sold by Sony, making the Xbox the least popular of all next-generation machines at launch in Japan.

Game sales figures also spell bad news for Microsoft, as it seems that most Xbox buyers only bought the machine to play Dead or Alive 3. The breakdown of game sales is as follows:

Even Jet Set Radio Future could not tempt the Japanese, selling only 9,800 copies. No doubt Microsoft will be hard at work engendering support from some of Japan?s finer development houses. A dumptruck full of money might help too!