Game is named by Tesco 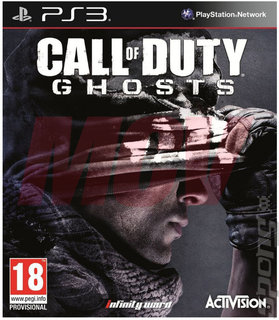 The trouble with replacing people with machines is that when machines make almighty cock-ups such as blowing PR budgets by naming games ahead of time, well, you can't sack them. So, phew for Tesco's computers who get to keep their jobs despite naming Activision's next Call of Duty game.

Yes, the retail giant and decimator of all things really local (like you local game shop) screwed up its content management system to reveal the new game in a link that has now been removed. The game is called...

Call of Duty: Ghosts - but you would have seen that from the bloody great image we have here. It's going to be available for Xbox 360 and PS3. Surprised? We didn't think so.

What maybe a teeny shock is that 'Modern Warfare' is just not there. Infinity Ward is named as the developer though, so that's a comfort.