Microsoft has finally put the cap on its plans for the launch of the Xbox in the UK. 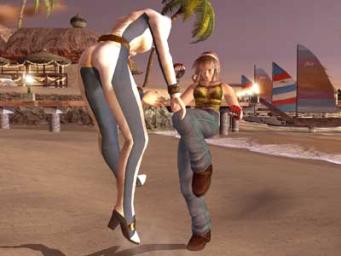 Dead Or Alive 3
All Images (8) »
Due on March 14, the console will be supported by an impressive 20 titles at launch, with 40 more to follow before June.