Criterion Moving Away from Racing Games 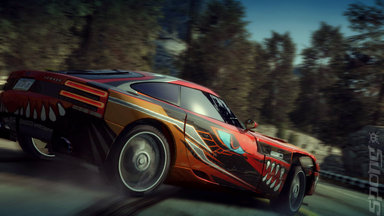 Criterion's been on a roll lately. Not only has it crushed the dreams of those looking forward to a new Need for Speed remake, but the studio has now suggested that its next project won't be a racing game at all.

Developer chief Alex Ward revealed some morsels of info in a series of tweets. You can read them all here, but he reiterates that Criterion is not making any new Need for Speed or Burnout games, and rules out a new Road Rash too.

"No point saving up hard earned money for your fave game not to come. Trust me, I have been there," he writes. That pretty much leaves no room for interpretation - Criterion's doing something new.

"After over a decade of making racing games it's time to make something new. It is early days thus I have nothing to "announce" or talk about... I will do my best to keep folks in the loop who want to follow what we play or what inspires us. Or what we might be listening to," he added.

"But if you are following me expecting some Megaton of a new Burnout game, or an Underground remake then I have to disappoint you."

Rumours that Criterion would be shifting focus to Black2 have been debunked by Ward too, with the developer stating, "No Black2 either folks. Volumes to tell on that topic, but will save that for when I get a book deal..."

Let's hope that a top notch developer known for a particular genre can broaden its horizons and see equal success in other types of gameplay. It's scuppered many decent studios in the past. Can Criterion break the mould?
Companies: Criterion Games
Games: Burnout Need for Speed: Underground