Doom 4 More of a Clusterfeck than You Feared

Yes, we thought ID was working hard on it too. 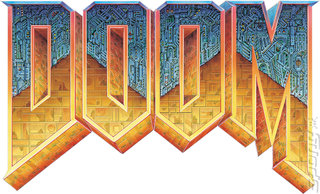 Remember all back in 2011 when Doom 4 was 'very much in development', well, boy oh boy was that true but not good.

Today, it seems that "sources" have got behind our 2011 story and also our tale from 2012 that stated that at QuakeCon 2012 id Software's John "Carmack revealing that all of id's resources and manpower is being focused on the upcoming sequel (to Doom 3). The company's mobile division has been closed down to provide the resources required to work on the project. But, the game "will be done when it's done.""

Apparently, today Bethesda has said that as of "late 2011, after working on Doom 4 for three years, the studio behind the legendary series decided to reboot their newest game completely." Although we sort of knew that already of course, it appears that Bethesda felt the need to reconfirm it to Kotaku.

Yes, vice president of marketing and public relations Pete Hines of id explained, "An earlier version of Doom 4 did not exhibit the quality and excitement that Id and Bethesda intend to deliver and that Doom fans worldwide expect.

"As a result, Id refocused its efforts on a new version of Doom 4 that promises to meet the very high expectations everyone has for this game and this franchise. When we?re ready to talk about the Doom 4 Id is making, we will let folks know.?

So, yeah, given the proximity in relations between press and publishers in the USA, we can probably be assured that this is the start of a ramping up of pre-release publicity for Doom IV then. A sort of, "It won't be a shit reboot, we promise, look it's a press report!" kind of a thing.

Kotaku does quote one source as saying of the stopped-started-restarted-nearly killed-started-again title that parent company Zenimax will, "keep Doom 4 going. They really believe that if they can get the internal strife and disorganization ironed out, Doom 4 has a lot of value... What eventually emerges could be anyone?s guess.?

That bodes well. No it doesn't, as other sources reveal that "Most of [Id?s] top talent has left or been fired" while another states that despite the game being aimed at the new consoles now, ?It?s not going well. Poor management, poor organization... [Id] just couldn?t nail down design... It?s just a mess...."

Talking of beloved reboots by beloved developers and while we all wait for Doom IV, anybody fancy a game of Duke Nukem Forever? Or shall we just look forward to something actually new?