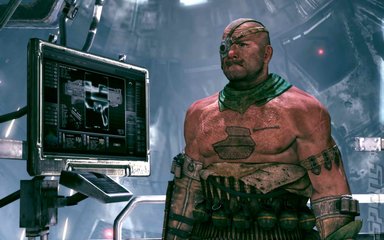 Quakecon 2012 was the place for apologies, as id Software's John Carmack spent a chunk of the expo's keynote to say sorry for the poor performance of RAGE on PC. He also provided a few snippets of DOOM 4 information.

For RAGE, Carmack admitted that id had handled things "really, really poorly" for its PC fanbase, not least in terms of driver support, and that the company had learned valuable lessons for future releases. He also acknowledged that the world didn't have much going in within it, and that the ending was less than satisfactory.

Attention then turned to DOOM 4, with Carmack revealing that all of id's resources and manpower is being focused on the upcoming sequel. The company's mobile division has been closed down to provide the resources required to work on the project. But, the game "will be done when it's done."