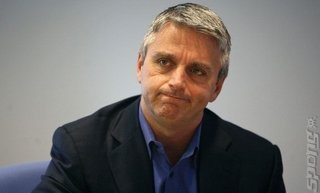 After six years in the CEO's chair at Electronic Arts, John Riccitiello has resigned, blaming himself for less than stellar results.

This decision - made in the light of clusterfailures such as the relaunch of online-only SimCity and the fact that Call of Duty competitor, Medal of Honor being "taken out of rotation" due to people not buying it. Riccitiello's decision leaves the way open for current COO and former Microsoft man, Peter Moore to step up to the top role.

According to Reuters, "Riccitiello will step down from his post and leave the company's board on March 30, after having overseen a near-two-thirds loss in the company's market value since he became CEO in April 2007."

The man himself sent a letter of resignation containing the admission that: "We have fallen short of the internal operating plan we set one year ago. EA's shareholders and employees expect better and I am accountable for the miss."

According to Engadget, however, Moore faces stiff competition from Larry Probst. "Larry Probst, the current Chairman of the Board for EA and CEO of the company before Riccitiello, has been appointed Executive Chairman effective immediately. Probst will lead EA while the board searches for a permanent CEO."

"To Everyone at EA ?

"I am writing with some tough news. I have resigned my position as EA's CEO. I will be around for a couple of weeks, and I hope to have the chance to say goodbye to many of you. Larry Probst will be stepping in as Executive Chairman to help smooth the transition. Larry first hired me at EA in 1997 and he was an incredible leader for the company during the 16 years he served as CEO. While he will continue to be the Chairman of the US Olympic Committee, he will also provide leadership for EA until a permanent CEO is appointed.

"My decision to leave EA is really all about my accountability for the shortcomings in our financial results this year. It currently looks like we will come in at the low end of, or slightly below, the financial guidance we issued to the Street, and we have fallen short of the internal operating plan we set one year ago. And for that, I am 100 percent accountable.

"Personally, I think we've never been in a better position as a company. You have made enormous progress in improving product quality. You are now generating more revenue on fewer titles by making EA's games better and bigger. You've navigated a rapidly transforming industry to create a digital business that is now approximately $1.5 billion and growing fast. The big investments you've made in creating EA's own platform are now showing solid returns. I believe EA is alone in mastering the challenges of building a platform for our games and services ? a platform that will provide a more direct relationship with our consumers.

"You are number one in the fastest growing segment, mobile, with incredible games like The Simpsons: Tapped Out, Real Racing 3, Bejeweled, SCRABBLE and Plants v. Zombies. You have worked to put EA in a position to capture industry leadership on the next generation of consoles; and I believe two of our titles ? Battlefield and FIFA ? will be among the top few franchises in the entire industry. And the industry's most talented management team ? Frank, Rajat, Peter, Gaby, Andrew, Patrick, Blake, Joel and Jeff - are certain to lead the company to a successful future.

"I remain an incredible fan of EA and everyone who works in our world ? from Stockholm to Seoul, Orlando to Edmonton, Guildford, Geneva, Cologne, Lyon, Bucharest, Montreal, Austin, Salt Lake, LA and, of course, EARS. My hope is that my travels and yours allow us the opportunity to talk more in the months and years to come.

"In a few weeks, I will be leaving EA physically. But I will never leave emotionally. I am so incredibly proud of all the great things you have done, and it has been my honor to lead this team these past six years. After March, I will be cheering wildly for EA from the sidelines."

What do you reckon? Good idea or admission of second place and failure by EA? Tell us in the comments or in the Forum.
Companies: Electronic Arts
People: John Riccitiello