Herd Mode sees you face off against 'hordes' of zombies. 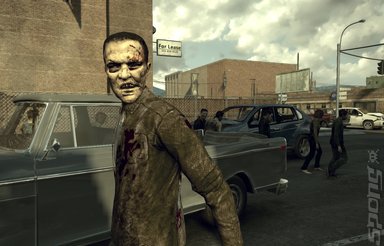 We love it when companies announce DLC for games that haven't been released yet. Activision has probably broken some kind of record, because it revealed a 'Herd Mode' for The Walking Dead: Survival Instinct - a title that barely anyone has seen at all.

I mean, did you know The Walking Dead: Survival Instinct existed? Beyond the vague announcement last year and the 'not actually a trailer' leaked gameplay footage last month? If you did, it's likely you forgot about it between then and now.

Anyway, Herd Mode is essentially a Horde Mode - waves of walkers come crashing through your safe zones, and you have to survive as long as you can using an array of melee weapons and guns. The pack will also come with new tools for zombie destruction, in the form of a survival knife, sawtoothed machete, kukri, reinforced hatchet and advanced machete.

The DLC will come free for new buyers as part of a pre-order incentive. The game itself will launch on... on... erm... 29th March! That's it. We didn't forget. Have a new trailer.