Iwata: More collaborations are on the way. 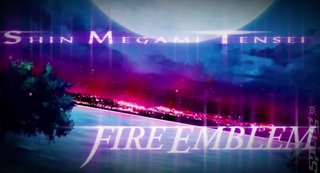 A new Wii U game will see a crossover of Nintendo strategy RPG Fire Emblem and cult Japanese franchise Shin Megami Tensei, it was revealed.

Nintendo president Satoru Iwata announced in the latest Nintendo Direct broadcast that the company intends to take some new approaches to game development. One of these approaches is an emphasis on collaboration with other companies - which was demonstrated with a teaser trailer for a partnership between Atlus and Nintendo.

No further details were forthcoming, but suffice to say that the sight of the Shin Megami Tensei name almost gave Persona fans a heart attack - Atlus is expected to reveal more details on Persona 5 over the coming months.

Iwata said that Nintendo is working with many other partners for additional collaborations. We'll be able to hear more about those soon. For now, enjoy the trailer.