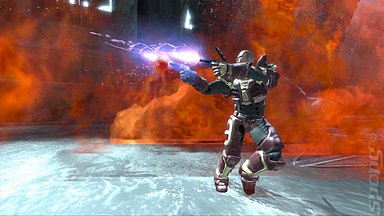 Silicon Knights' 2008 epic (flop), Too Human, has been removed from Microsoft's Xbox Live Marketplace. The game is no longer available in the store's Games on Demand section, and all related content (themes, gamer pics) has been taken offline too.

It has been reported that Silicon Knights asked Microsoft to pull the content.

The news follows the court order back in November that instructed the beleaguered studio to recall and destroy any software built using Epic's Unreal Engine technology, at its own cost. Silicon Knights had until December 10, 2012 to do so, but it seems that no risks are being taken in the case of digital versions either.

That decision came from a long, drawn-out legal battle between the developer and Gears of War creator Epic.
Companies: Silicon Knights
Games: Too Human