Fist of the North Star: Ken's Rage 2 on Wii U is Digital Exclusive in Europe 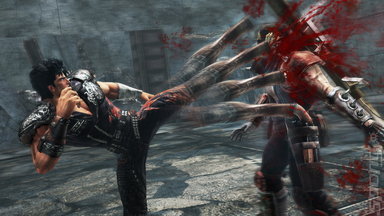 How's this for a precedent? The Wii U version of Tecmo Koei's Fist of the North Star: Ken's Rage 2 will be only available in Europe as a digital download via Nintendo's eShop.

The PlayStation 3 and Xbox 360 versions have been delayed a week, and will now launch on February 8. The Wii U eShop edition will be released a day earlier on February 7.

A couple of things to take away from this. Firstly, this could pave the way for other major publishers to localise and introduce niche titles to Europe, without risking the cost of physical printing and distribution. Secondly, it certainly helps Nintendo's image - the Wii U manufacturer has talked about placing a heavier emphasis on digital distribution, and we could see this evolve further over time.

With HMV in administration and retail in dire straits right now, this seems like a smart business decision on Tecmo Koei's part. Now, there's only one more question left to ask... will the price be right?
Companies: Tecmo Koei
Games: Fist of the North Star: Ken's Rage 2