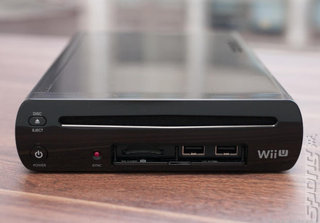 Nintendo has revealed that 460,000 Wii U consoles were sold in the US in December 2012, bringing the platform's lifetime sales in the territory to 890,000 units. Do you want to be 'that guy' and compare these figures to its uniquely successful predecessor?

Well, if you do, make a note of how many Wii consoles Nintendo shifted during December 2006. The company sold 475,000 units, causing a stock shortage that the company couldn't fully recover from until a year later. But did anyone really believe that any company, even Nintendo, could recreate the runaway sales success of the Wii? You did? That's a shame.

For what it's worth, Nintendo didn't have a particularly bad launch from the looks of things. The company took home over $300 million in Wii U hardware sales last December, although it did not sell out. For comparison's sake (because if you're going to do it, you might as well go all the way), the Wii 'only' generated a paltry $270 million during the same period in 2006. What a bunch of paupers.

"The demand for the Deluxe SKU, which was essentially sold out at retail this holiday, and the strong attach rate of New Super Mario Bros. U, shows that we have the value and the games to drive momentum in 2013," said Nintendo America exec Scott Moffitt in a statement. "We look forward to offering great new experiences and bringing smiles to millions of new faces throughout the year."
Companies: Nintendo