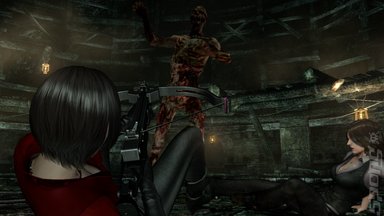 Don't hold your breath for any ports of Capcom's 2012 lineup for the Wii U. The Japanese publisher has revealed that it has no plans to bring Resident Evil 6, Okami HD and Street Fighter X Tekken to Nintendo's HD console.

Senior VP Christian Svensson explained why the company was not bothering with a Wii U Resident Evil 6 to a fan on the Capcom Unity blog. "With regard to Wii U, in general we?re looking forward, not back so late ports are generally not on the table." Resident Evil 6 is on track for a March 2013 PC release.

Although Capcom insists that it has Wii U titles in development, it is understood that these do not include upcoming multiplatform titles DmC Devil May Cry and Lost Planet 3. The only announced title being prepared for Nintendo's platform is Monster Hunter 3 Ultimate. Which is technically a port of a 3DS game. Which in itself is an update of a Wii game.

Hmm. Well, while Capcom tries to wrap its head around what is a port and what isn't, at least know that the company hasn't abandoned Nintendo. It just hasn't put all of its proverbial cards on the table. And that's fair enough. It's probably doing you all a favour with regards to Resident Evil 6 anyway.
Companies: Capcom
Games: Resident Evil 6