Nostalgia is Dead as Kickstarter Dizzy Looks Like it's Doomed 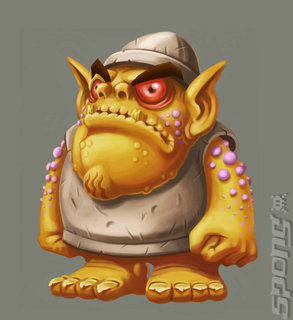 Kickstarting nostalgia products using, well Kickstarter, has appeared to be the order of the day but for once the view of the past through those rose tinted specs seems blurry and tear stained.

Yes, the egg from the 1980s was to return in "A brand new Dizzy game by the original creators, The Oliver Twins", who wanted you and your money to "Help us create the best Dizzy game ever!". Well, the lads have made a sad announcement.

Posting on the Kickstarter site, they say:

"As of today the total amount pledged stands at just over Ł23,000 of our Ł350,000 goal - in order to meet that we’d need over Ł40,000 pledged every day, and realistically that’s not going to happen. There’s certainly no shame in admitting that though, and we believe that rather than posting updates under the pretence that we might hit our target, it’s much better to be honest and upfront with you, our backers.

"We’d also like to apologise for the radio silence over the last few days, and to those of you were expecting a big final push towards the finish line. As we're so far from our target we think that it’s better to acknowledge the situation, rather than to continue when the outcome has already pretty much been decided."

Now, we must all hope that they go on - like many other developers trying to reboot old IPS - to design and develop fresh new ideas. As of today, Dizzy funding stands at: Ł24,675 pledged of Ł350,000 goal with 7 days left.
People: Andrew Oliver Philip Oliver
Games: Dizzy