Will focus on mobile games for the future. 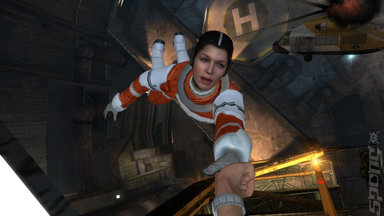 Eurocom has confirmed that it has undergone a wide-ranging redundancy operation, after reports earlier today suggested that the troubled 007 Legends studio would be hit with layoffs. The damage? Pretty bad - studio director Hugh Binns revealed that only fifty employees would remain at the company.

"Eurocom are undertaking a restructuring which I regret to say has meant we've made the majority of our workforce redundant today," Binns said in a statement to GamesIndustry, adding that the reasons for the layoffs were due to a "steep decline in demand for console games" leading to a lack of publisher deals.

"[The redundancies include] many very experienced, talented and highly skilled employees, and we'd like to thank them all for your hard work and efforts," Binns added. "Eurocom has retained a core staff of just under 50 employees and will be focusing mainly on mobile opportunities moving forward."