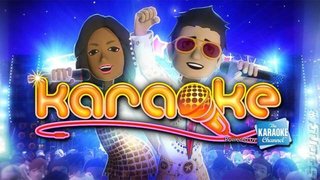 Sony's PlayStation 3 has SingStar. Nintendo is preparing to launch a karaoke service for Japanese Wii U owners. So what has Microsoft got? Well, by Christmastime it will have The Karaoke Channel, a new pay-per-hour initiative to keep wannabe singers partying on the Xbox 360.

It's the first time a pay-per-play service like this has been established on a home console, with Xbox Live subscribers able to exchange Microsoft Points for a time-limited access to a library of over 8,000 songs. That's an awful lot of tuneage.

Access comes in two, six and 24-hour sessions, and will feature SmartGlass integration and achievements. Microsoft is planning a release close to Christmas, with an obvious aim to shift a tonne of Xbox 360s over the holiday period.