Let's all have a right proper party to celebrate 10 years 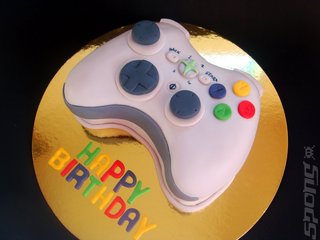 Xbox LIVE is 10 years old today - doesn't that make you feel, well, old? Also full of the joys of all that time chatting to your pals, playing nicely with them and with all the new people you've met up with online and have shared pleasant words, even compliments with. So, what's Microsoft doing to celebrate?

Marc Whitten is boss over at Xbox LIVE and he has a whole bunch of nice things to say:"Over the last 10 years you?ve helped us define LIVE as the best place to play online and the definitive online gaming experience for two generations of Xbox consoles, and you?ve helped us evolve LIVE into a full entertainment service, delivering amazing games, sports, movies, TV and music." Bet you didn't realise that you were quite so heavily involved. But there is more.

Mark is "proud to announce that during the week from 6th November to the 13th November, our members spent more time on Xbox LIVE (gaming and watching entertainment) than any other week in the history of our service: a total of 442 million hours. And Halo 4, which broke entertainment industry numbers, resulted in the LIVE community unlocking 43 million achievements in just the first five days of gameplay.

This year, we had an average of 9.4 million people a week using multi-player gaming on Xbox LIVE and in the 10 years of LIVE, nearly 14.5 billion Achievements have been unlocked worldwide, accumulating a total combined Gamerscore of more than 270 billion."

All sarcasm and smart arsedness aside, those numbers are not to be sniffed at. So, where is the birthday gift? Mark doesn't have one for you.

What is up for grabs is a free Kinect XBLA game called Wreckateer available for the next 48 hours. Yes, of course you have to own Kinect for goodness sakes.

Shelly 15 Nov 2012 19:52
1/2
This is awesome, im not a kinect fan but the kids are so it will be something for them to play with but has the free xbox live offer run out? as its the 15th, any way of updating the article?ng the article?

Lets make it our game that has the best performance in the birthday week for Live.