Chris Roberts, the man, the legend, the Mancunian 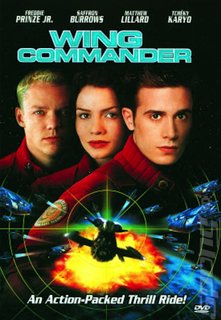 First time I met Chris was at Origin on a trip to meet Richard Garriott just after the studio had been bought by EA. He was beavering away at Strike Commander but had an eye to film direction. He left video gaming for 10 years. He has returned with an MMO called Star Citizen.

According to Develop, "Star Citizen will see players take on missions in a persistent and open world with the aim to join the 42nd squadron, at which point users are free to explore the game?s universe on their own.

"The MMO will not use subscription fees, and will use virtual currency which users can top up with real money, although Roberts insisted that there would be a cap how much players could spend and that the game would not be ?pay-to-win?."

It won't, however, be a console title because Roberts believes that the "Xbox 360 and PS3 are "stuck in 2005", and modern PC's were ten times more powerful."