No, not the hideous movie - it's fighting cats time compadres! 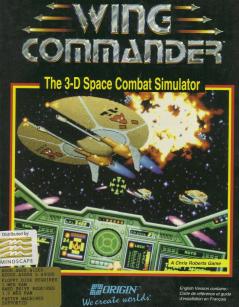 Electronic Arts has confirmed that the ancient cat-fighting space-combat fest, Wing Commander, will be appearing on Xbox Live Arcade as Wing Commander Arena.

The game originally appeared in the late 1990s as Origin, Chris Roberts who went on to direct the movie of the same name starring, Freddie Prinze Jr, David Warner and Mark Hamill?s voice.

The news comes following a clever spot this week by Siliconera that the 1998 3D ?Space Simulator?, Wing Commander had appeared on the Entertainment Software Ratings Board (ESRB) as an Xbox 360 title featuring "Fantasy Violence".

The news having been outed, EA responded via vice president, Chip Lange, who tells the world, ?We?re really excited to deliver unparalleled multi-player arcade action. The design for Wing Commander will appeal to both long-time fans of the franchise and immediately engage anyone who wants the melee style action of an arcade shooter.?