ArenaNet suspended servers "to catch up with demand". 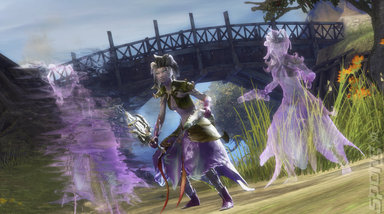 ArenaNet and NCsoft have apparently worked out its hacking woes as Guild Wars 2 goes back on sale. Players can pick up a copy of the game from retailers (assuming brick and mortar stores actually took it off the shelves) or can head to the website to purchase a digital version immediately.

ArenaNet relayed the news in a press release, which has some incredible spin on the hacking troubles that the long-awaited RPG has had over the past week. According to the PR spiel, the company suspended first-party sales and retail replenishment on August 30 "to catch up with record demand and to ensure that players who bought the game would continue to have the best online experience possible."

What it was really doing, of course, was mitigating damage to hijacked accounts just two days after the long-awaited role-playing game hit store shelves. Ultimately, the developer took the stance that players were responsible for invasions on their account, and suggested that stronger usernames and passwords should be used.

Of course, ArenaNet and NCsoft weren't just sitting on their hands during the downtime. New servers have since been deployed in North America and Europe, and the two companies have nearly doubled the number of customer support agents. The Trading Post and other areas of heavy traffic have been beefed up to handle the influx of players.

So, who's ready to jump back into Guild Wars 2 then?
Companies: ArenaNet NCsoft Europe
Games: Guild Wars 2