No duty of care from ArenaNet or NCSoft? 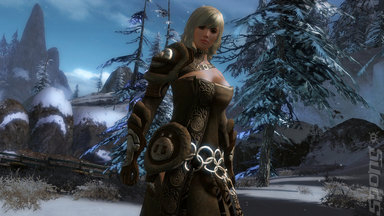 Guild Wars 2 is a huge success for developer ArenaNet and publisher NCSoft. Also for millions of players. Not so much for the estimated 11,000 people whose accounts have been hacked though. And, according to the official Wiki, this has a great deal to do with users not choosing strong enough passwords and usernames.

Update: the 11,000 figure quoted has been widely reported (here and here are two examples) and has instigated a clarification from NCSoft, which states: "Over the past three days we've received approximately 8,500 new support tickets related to hacked accounts and other blocking login issues." We are happy to print this update for your information.

Basically, the thinking appears to be that if you're using the same username and password on the GW2 servers as you are in other games, well, you'll probably get hacked because hackers may have stolen your details from those other servers. The idea that levels of security in the age of Anonymous hacks and 4Chan pranks don't need to be improved by the service provider in order to best help the consumer seems to have got lost. Here's the official word:

"We've observed hack attempts against hundreds of thousands of accounts that don't even exist. To protect those people in case they purchase Guild Wars 2 and create an account, we will now disallow customers from picking passwords that we've previously seen used in a hack attempt."

What do you reckon? Tell us on our Free and Friendly Forum.