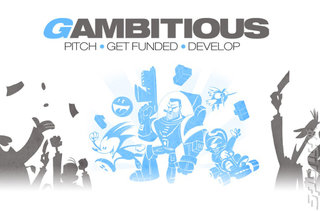 UK development legend Andy Payne has said that the traditional business model for the games industry has become "quite badly broken", and hopes that new crowd-funding platform Gambitious will level the playing field for developers to create successful new IPs.

In an interview feature with SPOnG at Gamescom, which will be published tomorrow, Payne told of the vicious development cycle that befalls many indie studios. An all too familiar tale, it seems. "The funding models that [traditional] publishers have on developers and vice versa has become quite badly broken. You hear tales of developers effectively working for hire - giving away IP and never getting any royalties, just stumbling from one project to the next.

"Now, some big developers handle that quite well, but a lot of them never really leave the studio as a result. It?s a constant grind. That?s no way to live."

Gambitious is a crowd-funding platform, created in the Netherlands by entrepreneur Paul Hanraets and established by Payne and fellow co-founders Harry Miller and Mike Wilson. It's a portal for small studios to pitch creative new ideas to the public. Crowd-funded projects will get made with development and commercial support from an advisory board of top developers.

Learn more about Gambitious, and its creation, in a special feature on SPOnG tomorrow.
Companies: Gambitious
People: Andy Payne