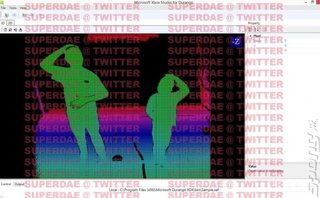 An image alleging to be from the Kinect 2 development tool has hit the internet. The grainy snapshot highlights a more sophisticated motion tracking device, able to recognise individual fingers and the shape of clothes.

The image comes after news that development kits for the next Xbox were sent out to developers back in February. Microsoft's new console hasn't been formally announced yet, but all signs are pointing to a launch date at the end of 2013.