He arrives as others jump ship. 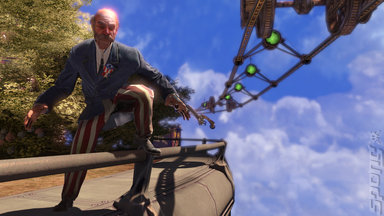 In an interesting twist to the recent departure of two top Irrational developers, Epic Games' production director Rod Fergusson has announced that he is to jump ship to join the BioShock Infinite developer.

"Yes it's true, I'm leaving my family at Epic to join my new family at Irrational in Boston starting tomorrow (August 10)," Fergusson wrote on Twitter. "And yes I've played Infinite and it's amazing! Can't wait for you guys to get your hands on it."

Fergusson has been involved in the development of all three Gears of War titles at Epic Games, with his most notable credit being director of production in Gears of War 3.