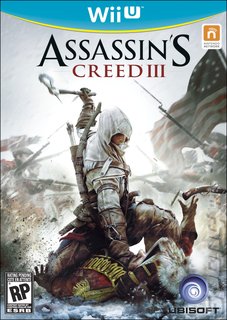 Who wants to see some Wii U game box art? It would seem that retailers Amazon and Target got a little bit too excited at the prospect of having some final pack shots, and have decided to publish them online. And they would have gotten away with it too, if it weren't for those eagle-eyed kids over at NeoGAF.

If legit, it would seem that Nintendo is taking a similar design approach to that of its Gamecube console - a platform that wooed many core gamers, but failed to capture the mass market in quite the same way its successor, the Wii, did. With Nintendo declaring that it aims to better cater to its hardcore fans, this might well be a statement of intent for the Japanese company.