It's getting harder to play games with all these controller thingies. 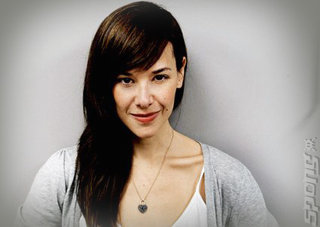 It's probably safe to say that motion control devices like Kinect aren't quite at the level of replacing controllers just yet. Former Assassin's Creed producer Jade Raymond agrees and wants Microsoft, Sony and Nintendo to get a move on with improving the technology.

"As more of a hardcore gamer I want to see that stuff integrated into hardcore games in a way that makes them better because as fun as all those games are, I don?t really play exercise games ? I can?t picture myself doing that," she told OXM.

"I?d love to be able to lean and look round the corner and just integrate more natural motions. The tech for those things isn?t quite there, but I hope it will soon." Now the boss of Ubisoft Toronto, Raymond added that games have simply become too hard to fathom for the average user.

"Even people who played games when it used to be just one big red button and a D-pad can?t play games now. You have to master face buttons, triggers and they all do different things, so obviously we?re never going to get to that really mass-market place where we?re touching a really broad audience with our messages with controllers, so Kinect and other more natural ways to interact with games are incredibly important. I think we can go further."
Companies: Ubisoft Toronto
People: Jade Raymond

Mar|'14
Ubisoft We Think Games not Movies
Apr|'12
Ubisoft: "It's Time For Our Medium To Grow Up"
Apr|'13
Ubisoft and the Forum Loudmouths
Mar|'13
Ubisoft: We Don't Need Next-Gen to Create New Game Ideas