Ubisoft: "It's Time For Our Medium To Grow Up" 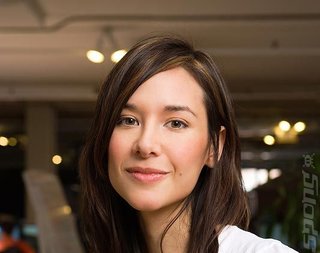 2012 is going to be known as the year in which everybody tells everybody else to make the video games industry more mature. This time around we have Jade Raymond, MD of Ubisoft in Toronto.

"I really do feel it's time for our medium to grow up", says Jade who has been heavily involved in the Assassin's Creed franchise. It's a fun franchise involving leaping around in historical Europe and Asia stabbing folks and doing up property.

Jade picks the standard target, "I think we don't need to make the equivalent to a Michael Bay flick in order to sell five million copies. I think things can be exciting, have meaning and hit important topics, and I'm not the only one that thinks that. There are major franchises trying to have more meaning and be something more interesting. We obviously tried a bit - and I hope it was obvious - to make a story with more meaning and mature themes in Assassin's Creed."

What's she doing about this maturity then? "It's definitely something that we're pushing for at Ubisoft Toronto. I think every other entertainment medium or art form does manage to have commercial success and have the viewers or audience think or be inspired. Games, I think, have even more potential than that given that on top of the narrative side we do have all of the gameplay mechanics and we create rule sets from scratch which can have any kind of meaning embedded in them. It's not easy to do that, because it requires breaking our recipe and trying to find new recipes, but I think it's an important thing for us to strive for."