No New Patch for XBLA Fez Due to Microsoft Costs

Polytron says that charges from platform holder are too high. 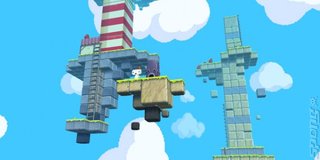 Indie studio Polytron has declared that it will not be releasing a patch for the XBLA version of Fez to fix a critical bug that corrupts save files - because it believes that Microsoft charges too much for doing so.

"We?re not going to patch the [previous] patch," reads a statement on the studio's website. "Why not? Because Microsoft would charge us tens of thousands of dollars to re-certify the game.

"We believe the current patch is safe for an overwhelming majority of players." As a result, Polytron has announced that the first Fez patch will be brought back after it was initially pulled from Xbox Live.

"Microsoft gave us a choice: either pay a ton of money to re-certify the game and issue a new patch (which for all we know could introduce new issues, for which we?d need yet another costly patch), or simply put the patch back online. They looked into it, and the issue happens so rarely that they still consider the patch to be 'good enough'."

The studio adds that the corrupt save file bug only happens to a small percentage of players - less than one per cent, in fact. "It?s a shitty numbers game to be playing for sure, but as a small independent, paying so much money for patches makes NO SENSE AT ALL... To the less-than-1% who are getting screwed, we sincerely apologize."

Polytron's initial patch may include rare save game corruption, but it also includes fixes for freamrate issues, loading, skips, death loops and much more. "It wasn?t an easy decision, but in the end, paying such a large sum of money to jump through so many hoops just doesn?t make any sense," concludes the statement.

"We already owe Microsoft a LOT of money for the privilege of being on their platform. People often mistakenly believe that we got paid by Microsoft for being exclusive to their platform. Nothing could be further from the truth. WE pay THEM."
Companies: Microsoft

Why the hell did you go exclusive with MS in the first place then?

And you then have the cheek to say Japanese games are s**t!