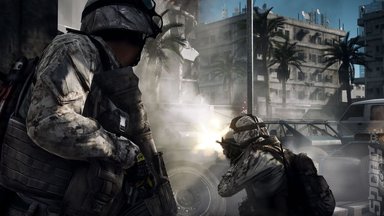 Much as I'd love to claim credit for an immense memory, the following quote in which EA CEO John Riccitiello tells shareholders in 2011 that charging "a dollar to reload" in Battlefield (3) made in 2011 was dug out by the loveable rouge, Lee Bradley over at Xbox360achievements..

The quote (full document here courtesy of Xbox360Achievements is an absolute cracker if you want to see the direction that the large publishers would love to travel in.

JR states, "this is a point that I think might be lost on many is a big and substantial portion of digital revenues are micro transactions. When you are six hours into playing Battlefield and you run out of ammo in your clip, and we ask you for a dollar to reload.

"You’re really not very price sensitive at that point in time and for what it’s worth the cogs on the clip really low. And so essentially when as it happening and the reason though the play first, pay later model works so nicely is the consumer gets engaged in a property, they might spend 10, 20, 30, 50 hours in the game.

"And then when you’re deep into the game, they’re well invested in it. We’re not gauging but we’re charging and at that point in time the commitment can be pretty high."