Will be better than the 3DS, at least. 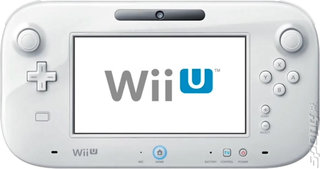 Nintendo has declared that it will not launch its upcoming Wii U console unprepared, with a day one software lineup that will better that of the 3DS last year.

The promise came from Nintendo UK boss David Yarnton, who admitted that the company's 3D-capable handheld took "a few months" to become a viable purchase. "One of the problems with 3DS was content. When we launched we didn't have the content we do now, or the functionality for download games either," he told MCV.

"But with the Wii U, we had 23 games on show at E3, plus Netflix and Amazon and other services all hopefully for launch ? it?s a great value proposition." Besides that, Yarnton was keeping his lips sealed - so no comment on the recent Amazon pre-order pricing - but he did reveal that Nintendo has "a cost we have to hit to get our money back."

a 15 Jun 2012 11:19
1/2
As long as it launches with nintendo land!
So hyped for this game, Nintendo really hammered their "core gamer" message across there lol

editor 15 Jun 2012 17:39
2/2
Who is going to tell Nintendo Japan that their Western executive structure is causing more bad publicity for their Wii-U by trying to promise anything to redress the appalling media they generated at E3 this year!

Promising better promotion, the use of two GamePads, more game launches, and also removing themselves from open media scrutiny and favoring private press presentations are all a receipt for disaster. Stop this, and how about not hiding from telling us the online subscription model you are going to force down our necks, (because Japan if they have messed that up your toast)!

I found it amazing that executives are now even using their 3DS failure as a means to defend their position.. "we promise it [marketing] will be better than that for the 3DS"! Look guys we know your jobs are on the line, but lets have a little decorum and reality in what you are saying!