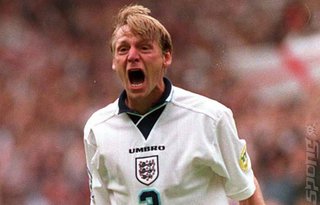 At least one exciting thing will happen during the England vs France in the Euro 2012 group game tonight and we've got Microsoft and 343 Industries to thank for it.

While the football game itself with probably be a slog (aka a 'chess match' or 'highly technical football for people with football brains') between two footballing nations who simply do not want to lose, Microsoft have a Halo 4 flavoured treat.

The company will take time at around 5:45pm to advertise Halo 4 via "the worldwide TV premier (sic) of the extended Halo 4 E3 trailer..."

This will offer a "tantalising glimpse into the storyline and shows the Master Chief on the planet Requiem, about to face an unknown and terrifying threat that sits at the heart of the campaign."

Once that's done, you may return to shouting at the telly or radio or whatever device you are using to watch the football.