On Film: The Master Chief Collection

Let's see how this repackaging of some old favourites comes together. 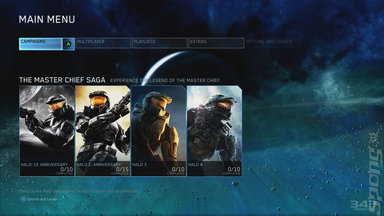 All Images (39) »
Microsoft and 343 Industries have given some of the Halo games of yore a bit of a wash and brush up before sending them out into the new world of the Xbox One as a bundle called Halo: The Master Chief Collection. Let's have a look at how the old darlings clean up.

FYI, the bundle of games includes remastered versions of Halo: Combat Evolved Anniversary Edition, Halo 2 Anniversary Edition, Halo 3 and Halo 4. Also included is the Ridley Scott-produced digital TV series Halo Nightfall. There is also entry into the Halo 5: Guardians beta. It's due out on November 11, 2014 $59.99. It'll act as a reminder of the series before the release of Halo 5: Guardians which releases in 2015. Be sure to check out 30+ images here too.