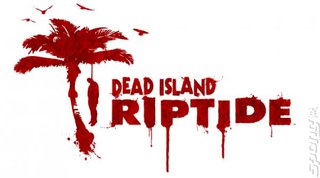 Aubrey Norris (Deep Silver Information Tarantula & Mayor of Videogames) has used the power of Twitter to confirm a new game in the Dead Island series... and it's price. Also, the fact that the (cheap) price of $49.99 is dependent on the end of the console cycle.

The tweets came in an exchange with Chris Carlson of Ripten and are incredibly enlightening and refreshing given the amount of media-trained nonsense is spouted by some members of the industry at the moment.

The Dead Island: Rip Tide DLC/Content/Title mentioned at E3 left many people confused. This confusion was slightly clarified by Aubrey, who said: "...it is a new game. Not a remake."

But what of the price of $49.99 being displayed by some retailers? "that's not a placeholder :) that's the real price!" confirmed Ms Norris.

But why so cheap? The answer given is simple and telling, "we're at the end of a console cycle and that price point makes the most sense given that."