Best plot either EA or Activision have ever come up with 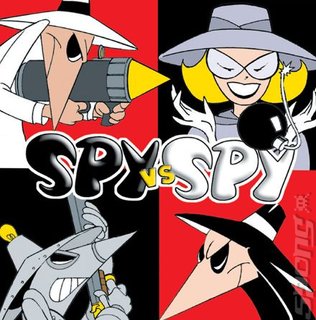 One of the reasons that the EA vs Activision vs Zampella & West case my have gone to out of court settlement is, as I suggested this morning that opening up various business practices to public scrutiny held little appeal to any party. Most especially not Activision and its "Project Icebreaker".

According to a superb piece by Patrick Klepek on Giant Bomb, "Project Icebreaker was, based on a recent filing from the upcoming trial, an ongoing Activision initiative to uncover information regarding West and Zampella by accessing their work email, computer, and phones. It was rolled out just months before the launch of Call of Duty: Modern Warfare 2."

Before anybody gets too puffed up and All the Presidents Men about this, Project Icebreaker came to nothing. It was however, dubious, potentially highly illegal and frankly more interesting in plot and character than anything either company has yet to produce.

Apparently PI involved one 'Thomas Fenady a director of IT at Activision until he left in December 2009 to work at Warner Bros. Also in the frame was then Activision chief legal officer - now chief public policy officer - George Rose. Floating around anything provable, as a shadowy mention by Rose is one "Bobby" who ordered the hit, sorry the alleged hacking campaign.

Patrick Klepek's excellent piece (complete with legal documents and contact from Zampella and West's PR people) outlines the fact that, "Fenady testified that in the summer of 2009, (Rose) then instructed him to "dig up dirt on Jason and Vince? because ?we just want to get rid of them.? Rose said the decision came from Activision CEO Bobby Kotick.'

That's a huge statement to make about the head of a major US-based company.

"Fenady claims Rose asked him to gain access to West and Zampella?s email, voicemail and computer, and ?don?t get caught doing it.? Whatever happened in the course of seeking out this information: "Bobby will take care of you. ? Don't worry about repercussions." Rose denied he asked Fenady to specifically "dig up dirt" in his deposition with Activision, though he did discuss Project Icebreaker's existence and instructing Fenady to find information."

Now, despite the fact that this never actually happened - and despite third parties such as Microsoft and security specialist InGuardians were contacted and refused because in the case of the latter it did not ? feel comfortable? with the ?legal hurdles", we still have a conspiracy here.

Bearing in mind that under examination, Rose responded to the question, "Did you ask Mr. Fenady or other people at information technology at Activision to do anything else as part of Project Icebreaker?" with the very specific answer:

"As part of the Project Icebreaker, once it proved to be impossible to do what I just said, no."

We could still have some ways to go.