Activision and EA Settle $400 Million Developer Case Out of Court 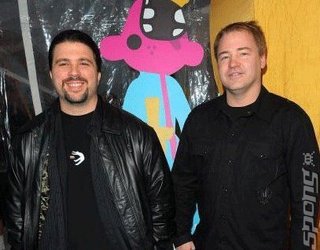 Electronic Arts and Activision/Blizzard have issued a terse one line statement regarding the settlement of a case that looked like costing some $400 million and described both the financial size and general state of the blockbuster video game world as it stands right now.

The case, which centred on the Call of Duty series and how EA was disrupting Activision's ability to retain developers to make CoD even more of the first-person shooter game set in a contemporary war situation than it already was. When, last year, EA funded (and talked loudly about) a new studio headed by Activision sackees Jason West and Vincent Zampella (who also worked a great deal on making Call of Duty the shooting-achievement it is today) things got really legally and financially shitty.

Activision, which had been suing West and Zampella added EA to the case, accusing the competing company of attempting to "destabilize, disrupt and ... destroy Infinity Ward". In case you don't follow games, IW was headed up by Zampella and West before Activision offed them... and they got funding from EA.

Activision sued and said that Zampella and West were guilty of "disloyalty". Acti also called them, "self-serving schemers."

Well, rather than go to court and quite probably have their developer practices and game development secrets displayed for all to gawp, laugh and be shocked at, both EA and Activision have agreed to settle.

"Activision and EA have agreed to put this matter behind them," was the only statement made. No Terms of Settlement were disclosed. Given that only a week ago Activision hired a new lawyer, and on Monday, Activision paid Zampella and West $42 million in bonuses related to Modern Warfare 2... but was still going to continue to trial, we can only assume that the new lawyer politely asked Activision CEO Bobby Kotick, "Are you insane? Drop the damn case."