Epic's man says Nintendo console will be a hit 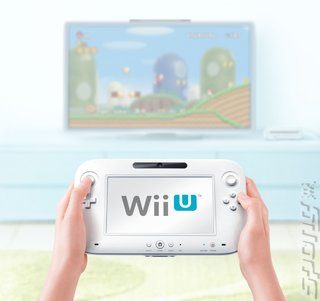 Epic Games vice president and talking machine, Mark Rein, has pointed out that - in his considered opinion - if Nintendo's Wii U console-cum-controller isn't a hit when it emerges, he'll be surprised.

Getting out there on the edge of popular opinion, Rein says, "I like the Wii U. I think E3 will be a big eye-opener for people. I played Batman: Arkham City on the Wii U and they are doing some really cool stuff with the controller."

There's more though as Mr Rein opines, "Do you remember the Zelda demo they had on it? Would you not buy a Wii U just to play that? Of course you would. That's what Nintendo is all about. Their hardware is the software delivery service for their great content. That Zelda demo was gorgeous and we can do even more than that with Unreal Engine 3. I think it will do great."

"Did you play that Battle Mii game? Two players would play with a Wii Remote and Nunchuk and one would play with the Wii U controller? I would buy a Wii U to play that game in a heartbeat. And I hope people make those kind of games with our technology. I think we've yet to really see what the Wii U can do and I think at E3 this year they're going to shock us."