Molyneux leaves to set up a new venture 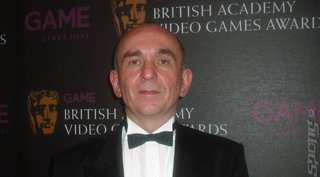 Peter Molyneux has released a statement that is, well, quite clear: "It is with mixed emotions that I made the decision to leave Microsoft and Lionhead Studios, the company that I co-founded in 1997, at the conclusion of development of Fable: The Journey."

According to Kotaku, "Molyneux is exiting both his position as the leader of Lionhead and his role as the creative head of Microsoft Studios Europe, which primarily consisted of overseeing Lionhead and Rare. Lionhead will be run by studio co-founder Mark Webley. Microsoft is not immediately naming a new head of the European studios."

Apparently, "Molyneux will move on to an as-yet unpublicized independent venture, one that ends his tenure at Lionhead."

For his part Molyneux states, "I remain extremely passionate and proud of the people, products and experiences that we created from Black & White to Fable to our pioneering work with Milo and Kate for the Kinect platform. However, I felt the time was right to pursue a new independent venture. I'd like to thank the team at Lionhead, as well as our partners at Microsoft Studios for their support, dedication and incredible work over the years."