And just what is Crytek doing at the developers summit then, hm? 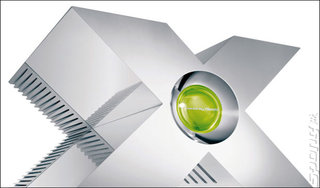 Whoops! Crytek's senior technical artist Sean Tracy has been to Microsoft's developer conference in London, and he's been tweeting about it too - confirming the codename of the next Xbox console as he goes.

The tweet has since been eliminated from the face of the internet, but The Verge has a screengrab of the comment, which reads, "Enjoying the Durango developers summit in London. So far, great swag and interesting talks."

Kotaku reported the next-generation console's codename last month, but this tweet seems to validate the claim. The presence of Tracy and the nature of the tweet also adds weight to the rumour of the existence of TimeSplitters 4 for the platform.

For its part, Microsoft gave The Verge a load of waffle before getting to the point and saying, "We don’t comment on rumors or speculation."
Companies: Crytek
Games: Timesplitters 2