Activision: Free-to-Play Call of Duty is Possible in the West

Activision's plans for China are also helped by piracy 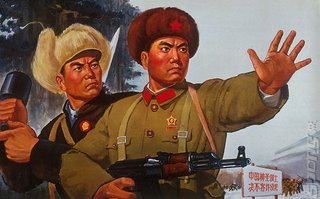 Activision/Blizzard has had good, then bad, then good experiences with China and World of Warcraft (WoW). It's now going to try it's luck with a free-to-play Call of Duty over there, and it's possible that this model might make its way here according to Activision Publishing CEO, Eric Hirshberg.

Speaking in a recent interview, Hirshberg pointed out that, "Some of the biggest lessons we got from Blizzard's experience were on the business side, how to execute, what to look for in a partner, and you also have to strike a balance between staying true to the brand and making something that's relevant to a different audience in China. The good news is the (Call of Duty) game I'm seeing in development will be breakthrough and revelatory for the audience."

One of the reasons for his optimism is the strategy of making CoD free-to-play in China, and then making money from add-ons. Why shouldn't that work in the West? Are there any plans?

"Anything's possible," he tells GI.biz. "We try to cross-pollinate across all the various prongs of the Call of Duty brand, with the zombie games on iOS and we have different developers taking different approaches with the annual releases. Wherever there's a piece of learning that becomes well-received its worth looking at and see if there are other applications for it."

Another reason that Hirshberg is bullish about Acti/Blizz's potential in China is piracy. He explains:

"China is obviously a massive market and a huge game market, there's a very engaged user base there. The good news is Call of Duty is already viewed as the premier first-person shooter over there before we've already entered the market. That's a rare moment where piracy plays in our favour."