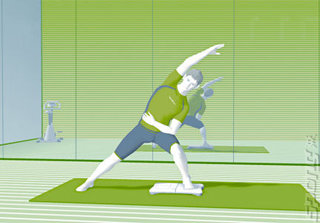 I don't know if I should be mocking Guinness for the award or Nintendo for the press release on this one, but here goes - the Wii Balance Board has been awarded a Guinness World Record for becoming "the best-selling personal weighing device." Have we seen everything yet? I think that's everything now.

Nintendo sold a total of 32,114,428 Wii Balance Boards worldwide between the launch of Wii Fit in December 2007 and November 2010, handily breaking the world record and no doubt enraging Salter's CEO to the point of despair and suicide.

This isn't the first time Guinness has scraped the barrel for awards to dish out. In 2009 it awarded Batman: Arkham Asylum with the title of 'Most Critically Acclaimed Superhero Game Ever.' We await even more wildly-narrow and specific awards from the organisation.
Companies: Nintendo
Games: Wii Fit Wii Fit Plus