Yu Suzuki: We Can Obtain Shenmue License from SEGA

Still intent on making a third game in epic series. 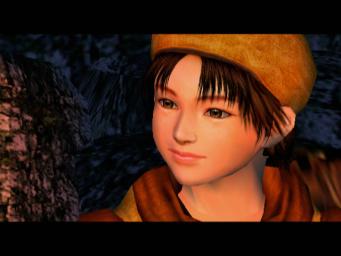 For ten years, legions of heartbroken SEGA fans have wanted to see a continuation of the Shenmue saga. But none more so than legendary game creator Yu Suzuki, who in a recent interview with fansite Shenmue Master has hinted that he can obtain the license from the Japanese publisher in order to develop a third game.

In the fascinating video interview, Suzuki - who left his position within SEGA in late 2011 for an advisory role in the company - was apprehensive about detailing major plot points for a potential Shenmue III.

Referring to a picture of an unknown character standing with protagonist Ryo Hazuki's father, he hinted that, "This is the person who has trained with Iwao [Hazuki] in the olden days in China. Then, in the story that will take place after Shenmue II, he will become a "key" character!"

His resistance to talk more on a series that has been refused a continuation by SEGA for a decade shows that Suzuki still has hopes that Shenmue III can be a reality. When pressed further, the director explained that, "Shenmue's license is an IP that belongs to SEGA... We can obtain the license from SEGA."

Shenmue is a role-playing game that started life as SEGA Saturn project Berkely, but later became the artistic jewel in the Dreamcast's crown. The first game was released in 2000 and covers Chapter 1 of at least eleven that Suzuki has written for the epic.

Its $47 million budget made it the most expensive game development of its time, and SEGA never made the money back from its investment. After the release of a sequel, Shenmue II, in 2001 (covering Chapters 2 to 6) and a total budget of $70 million, SEGA decided not to continue the franchise. Fans have been vocal about wanting a Shenmue III ever since.

Watch the video below, and visit the Shenmue Master fansite here. Poor Suzuki, he really wants to make that third game, doesn't he?

Blargh 7 Jan 2012 03:04
4/7
@asd
You sir, do not know what a role playing game is.
Shenmue is a GAME, where you PLAY the ROLE of Ryo Whatever, you follow a very strong narrative, and have several ways to level up, like training new moves and so on.

It's just not a typical "Final Fantasyesque" RPG, that's true, but it's still a RPG.

Dy 10 Jan 2012 00:37
6/7
HALO is a GAME where you PLAY the ROLE of a enhanced soldier named master cheif who journeys to different planets fighting aliens.

Dy 10 Jan 2012 00:38
7/7
@Blargh HALO is a GAME where you PLAY the ROLE of a enhanced soldier named master cheif who journeys to different planets fighting aliens.