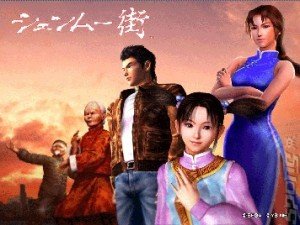 The Shenmue World project kicked off in December 2010 when it was released on mobile phone networks across Japan. Rather than the action-adventure gameplay of the two Dreamcast Shenmue games that we all remember, players instead created their own fighting dojo and competed with one another.

If it sounds a bit boring, that's because it largely was. But it was good enough for the mobile phone scene in Japan at the time, yet to become entranced with iPhone style smartphones and touch screen displays.

The closure of Shenmue World came suddenly on Boxing Day, but no reason was given, instead simply thanking players for their support.