Happy Holidays to Activision and EA Lawyers in Respawn case 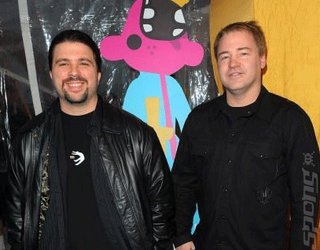 It's a Happy Holiday for lawyers in the case of Activision versus Zampella and West. The California Superior Court has found that "Activision Publishing May Proceed With Jury Trial In Suit Against Electronic Arts".

A jury trial in the case is scheduled to begin on May 7, 2012. It comes after a judge found that Activision defrauded Zampella and West.

The case in question refers to former Infinity Ward execs, Vince Zampella and Jason West. The two gents left Activision to form Respawn and then sign up with Electronic Arts.

The latest news is that, ?the Los Angeles Superior Court has denied a motion brought by Electronic Arts for summary judgment, thereby permitting Activision to proceed to trial on its $400 million contract-interference suit against EA.

?At a hearing held yesterday, December 21, 2012, Judge Elihu Berle denied EA's motion, finding that the evidence presented by Activision supplied a basis for a jury to potentially conclude both that EA had intentionally interfered with Activision's employment agreements with former Call of Duty game developers, Jason West and Vince Zampella, and that EA had aided and abetted West and Zampella's breach of fiduciary duties to Activision. A related summary judgment motion put forth by West and Zampella was also denied.?

Full info over at... Activision - EA has been keeping quiet about this one officially.
Companies: Activision Blizzard
People: Jason West Vincent Zampella