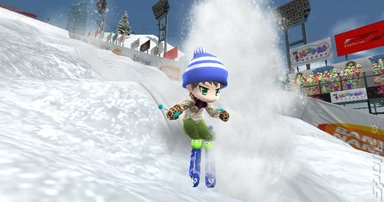 Namco Bandai Week Exclusive: The producer of Family Ski and Go Vacation has told SPOnG that he could have easily made a Ridge Racer title for the Nintendo Wii, but decided against it.

Masaya Kobayashi, who has been involved with the Namco racing series since the PSP iteration in 2004, revealed in an exclusive interview that he chose to create the family-friendly Ski and Vacation titles for the Wii after researching the platform's target audience.

"Since it was the first time we made a game for the platform, we had to get some research data - when we looked into it, we realised that the target audience for the console was families. So rather than make a really hardcore game, we wanted to make a family-based game. I told the executives that if we were doing a Wii title than Family Ski would go down better. I presented my research, and the bosses trusted me to go ahead with it."