Infinity Blade II Developer: Crunchtime 'Not Worth the Cost'

Our development cycles are a little too short... 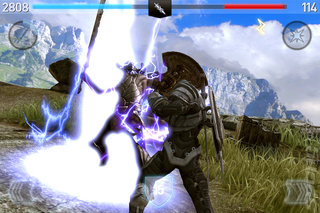 Infinity Blade II is either "Wow! A killer iOS gaming app" or "Meh, a tech demo" depending on how you look at the game from Chair Entertainment. Which ever way you do look at it however, it took a lot of work in not a lot of time, and that's not good according to Donald Mustard, co-founder of the devs.

"I think in retrospect, having done it twice, that our development cycles are a little too short. Not that the games are less polished because of it, but we're way more burnt out because, in order to make II feel the experience it needed to be, required way more crunching than is effective. It required for us, for the last two or three months, to just death march kill ourselves. I mean, guys are just working so many hours, doing so much, and that's not really good, I think, for the longevity of our studio."

"And so we definitely won't do that again. It's not worth the cost. I would rather take an extra two or three months than burn the guys out, or burn even me out. It doesn't allow enough time to sit there and let the game breathe."