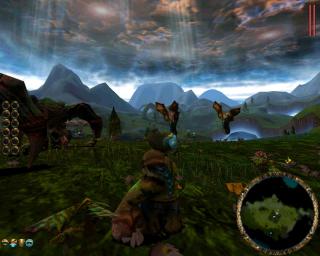 All Images (3) »
Reports have surfaced that Shiny Entertainment, the tempestuous spawn of troubled Interplay, has let go its entire development team for the Sacrifice game.

Sacrifice was a big hit on the PC and netted massive sales, won awards and is widely heralded as being that rare thing in gaming: A true innovation within a genre. Such was the game?s success that an Xbox version/port was announced by the company earlier this year.

Well, it looks like it has been cancelled. According to reports, all staff have been made redundant, enabling Shiny, possibly under instruction from Interplay, to focus all its resource and attention on The Matrix game, currently underway at Shiny.